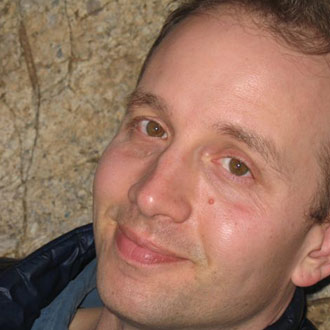 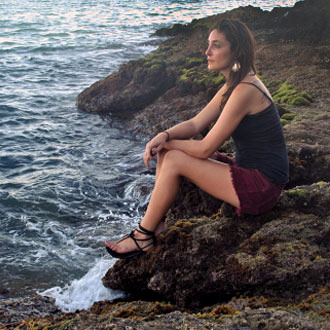 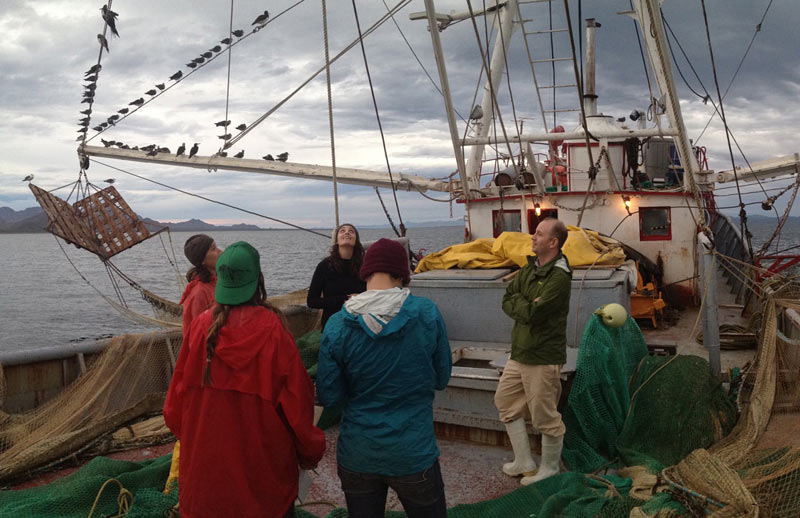 In mid-November 2015, Eric joined Maria and her students aboard the Cozar IX, a shrimp trawling boat, to gather bycatch data. They boarded before sunset and stayed throughout the night, returning to Bahia de Kino mid-morning the next day. Maria wrote in her notes:

Throughout the night, the rain would come and go. The lightning illuminated the surrounding islands from behind, creating mountainous silhouettes and a reminder of the world outside the deck. At one point, we were in the midst of the storm and the lightning would light up the sky around us—an electric pink, that faded to a pale purple as we boated onward…What kind of humans are we? Sometimes it is hard to know if what covers us is agua dulce or agua salada; we are wedged between worlds of water—terrestrial beings covered in water, hovering above water, standing below a blanket of water, made of water.

Eric began notes on a poem:

that the night
falls into a rhythm