Stopping For Pozos: A Collaboration Between Ben Wilder and Ben Johnson


Driving along the highway through northwestern Mexico’s Gran Desierto you might not notice the pozos dotted amongst the seemingly endless sand dunes. Most drivers don’t. Yet these pozos provide fresh water critical to a diversity of life. Historically, pozos were central to the physical and cultural nourishment of the people of the area as well. Now, most people just drive by unaware of these incredible sources of water and life.

Ben Wilder, the acting Director of The Desert Laboratory on Tumamoc Hill and a Research Scientist in desert ecology and botany from the University of Arizona, and Ben Johnson, a visual artist and curator from Tucson, Arizona, do not drive by. Wilder and Johnson are working together through the 6&6 Project and have chosen to focus their work on the pozos.

The Santa Cruz River Basin flows north from northern Sonora Mexico through southwestern Arizona to just south of the Gila River. The Santa Cruz river had historically perennial reaches, until drought and overuse caused it to dry up in the early 20th century. The Santa Cruz now has perennial flow again thanks to treated wastewater; however that flow is vulnerable to changes in water use and changes in human values. Using scientific study and photographic based visual art we are investigating perennial, temporary, and reborn waters of the Santa Cruz basin. Specifically, how the source and reliability of water affects the look, feel, and biota of a given stream reach; how the human history of a given reach affects the flow and biota and what it means to ‘re-create’ an ecosystem. Does it need to look and feel like the original ecosystem?

Bycatch exhibit at University of Arizona Museum of Art February 4 through April 2, 2017 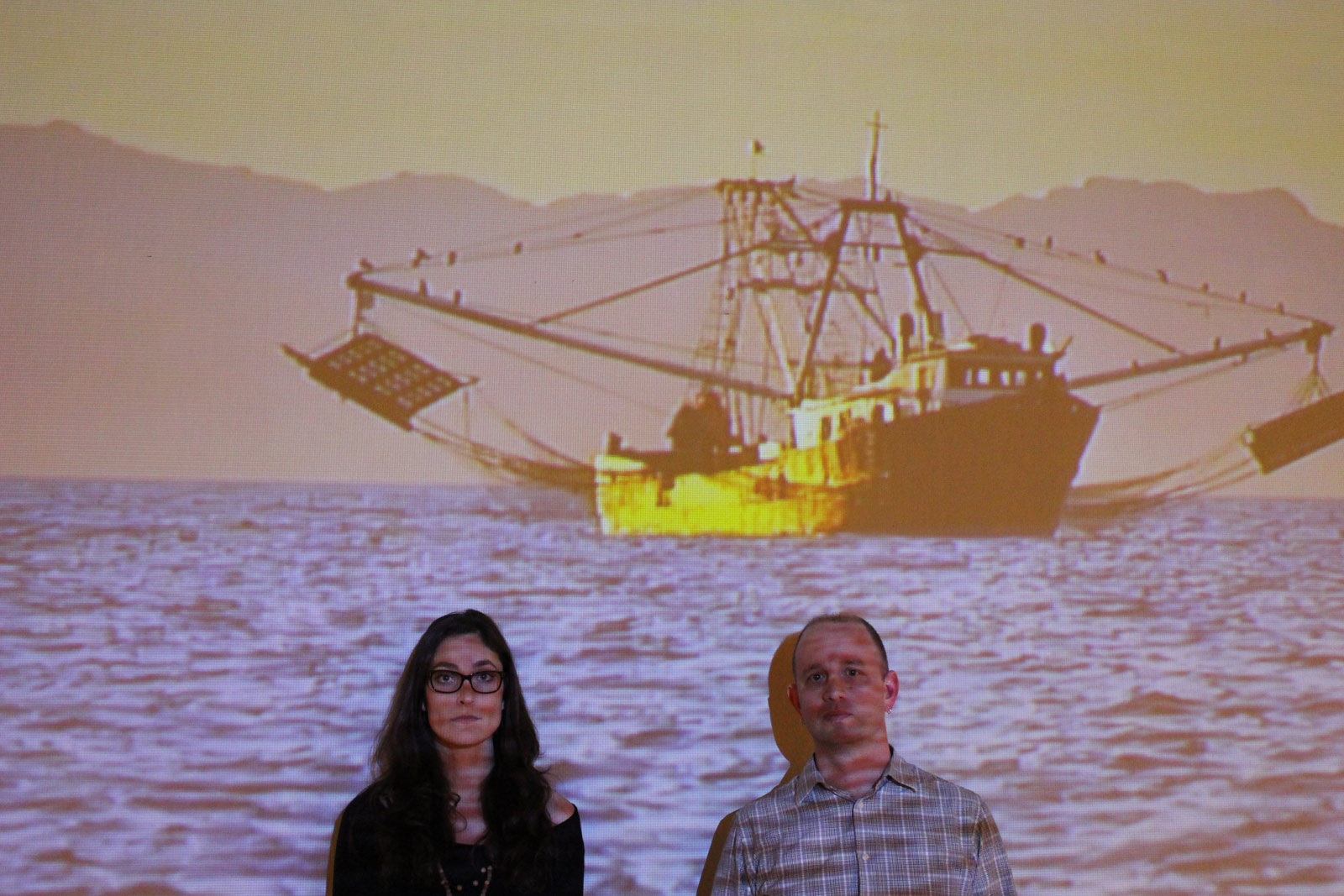 Bycatch exhibit at University of Arizona Museum of Art February 4 through April 2, 2017

Collaborations, especially ones involving long-term projects, will take unexpected twists and turns. Sometimes these changes put you on a better path. For the sake of fitting into the project as a whole as well as working within given resources, Scott and I have made a course correction.

The new direction will be 6 pieces, inked, digitally colorized and printed for display in 6 separate light boxes. 6 moments in time derived from one of 11 million years in Scott's research showing the creation of the Gulf of California. Geologic data can show where and when landforms were in the past but can only guess at the topological aspects during that time. Using hints from present topological maps and the work of paleogeography scientists like Ron Blakey we'll try to approximate what the terrain looked like millions of years ago.

In December, the group took a tour of the The University of Arizona Museum of Art to get a feel for the space and to solidify things with the museum director and curator. This also put a timeline into perspective. The show will open in December of 2018. This works well for Scott and I since in a way, we are just starting out on the project.